notes from the bride.

Perhaps unlike other American girls, I did not have a vision of my wedding. Oh sure, I perused Martha Stewart Weddings and fell victim to extravagant fantasies, but over my shoulder I would hear sweet mom's voice saying, "by the time you get married all of this will be out of style." Touché Mom. But you know what? I wish I would have had a vision. It certainly would have lessened the load that suddenly accrued when I said "yes" (while laughing. It's a funny story, ask my husband about it.) I have discovered that I am extremely indecisive. I think. Part of that stems from the fact that a wedding is a designer's dream. I liken it until being the First Lady. She gets to choose her own dinner ware and party themes, create guest lists, pick out a fancy dress, mix and mingle. Mind you she has a East Wing committee. I come in (thankfully) three: Mom, sister Caitlin (thanks to a hip replacement surgery giving her an extended vacation at home), and me. It's also like going to Prom with all the nervousness and anticipation that surrounds it. But, you're not just going; you're putting on the whole show too. 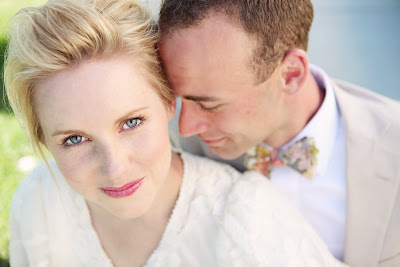